Just a brief report on the Annual Dinner. Thanks to the stalwart efforts of the committee, once again we met up with old friends at the Imperial Hotel in Russel Square. A quick count on the posted guest list and I make the total present between 75 & 80. Some changes that I noted included the announcement of the retirement of Monty Meth as Chairman after a magnificent 12 years and the introducing of Allen Smith as the new Chair. The absence of our musical finale due to the Hiller boys not being fit, we all wish them both well. The first lady guest speaker, Naseem Khan OBE who I was pleased to see got a very good reception. Enough comment. Now for a few pics,including yours truly with my very old friend Benny Lampert, Ron Clayton, Manny Silverman and our guest speaker Naseem Khan OBE Also shown is a good friend of the club who chooses to remain anonymous Ron 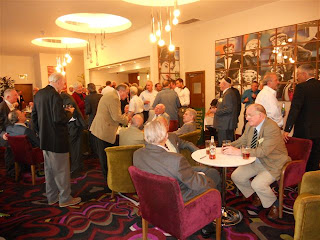 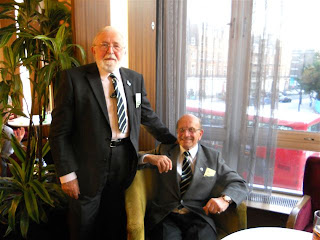 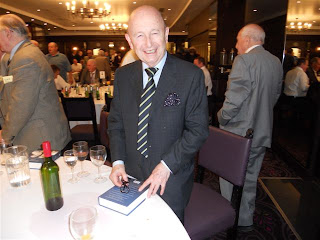 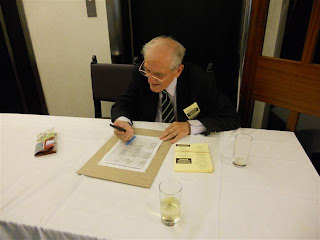 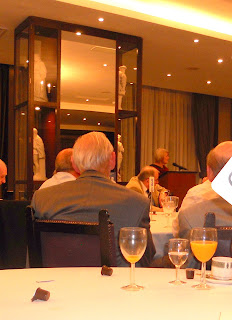 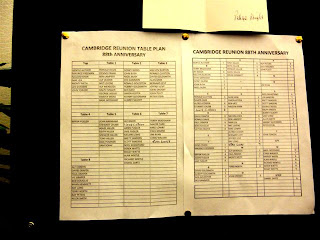 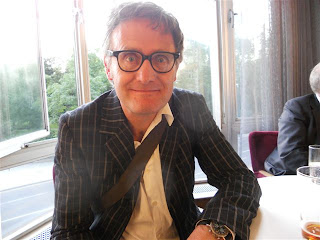 Posted by Ron Goldstein at 23:59 No comments:

We deeply regret that we once again have to report the passing of two stalwart members of the "old" C&BG Boy's Club, namely Maurice Coburn & Ralph Levene. With regard to Maurice, I received the following letter yesterday (5/8/12) which is self explanatory: "Dear Ron, My father in law Maurice Coburn was a member of the Cambridge and Bethnal Green Boys Club until the war. The club was one of the formative experiences of his life. His older brother Harry Coburn and his younger brother Cyril, both of whom are no longer with us were also members. Unfortunately and with great sadness I write to inform you that Maurice passed away aged 94 earlier today, having been unwell for some time He greatly enjoyed the annual reunions and would look forward to them each year, insisting that I and or my brother in law came with him, until ill health in the last few years meant he was unable to attend. Please pass this information to the other members of the club from his era. With best wishes, Simon Gordon"
Posted by Ron Goldstein at 22:52 No comments:

On Tuesday 10th June, 2012 I paid a visit to Tower Hamlets Archives in Bancroft Road in Mile End. While one of my daughters did some family research, I spent a fascinating hour looking through club photos that Maxie Lea had very sensibly donated to the Archives after the New Cambridge club was disbanded. I thoroughly commend this wonderful way of looking back at what the club did for us all back in those halycon days. If you decide to try this experience drop me a line and I will tell you how to proceed. 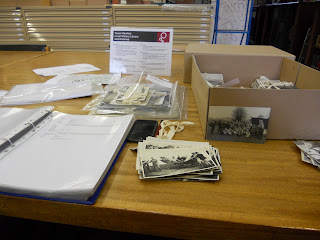 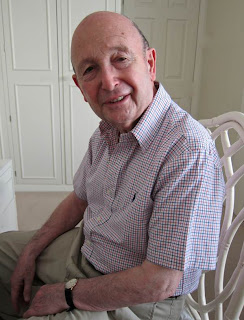 Another cracking interview with a remarkable club boy/manager on Spitalfield's Life.

Go to this site to see the article of 29th March 2012.
http://spitalfieldslife.com/
Photo courtesy of Spitalfields Life.
Posted by Ron Goldstein at 22:58 No comments: 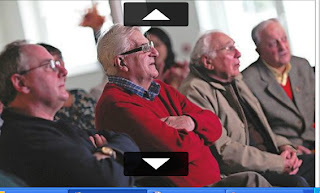 At the recent film show at the Bishopsgate Institute the East London Advertiser printed a small piece which included this photo.

Once again, the Gentle Author has done us proud with these memories of the New Club at Virginia Road.